“A fascinating story, complex and with a haunting finish.”
– The Washington Post

Award-winning writer/producer/director Dax Phelan (“The Other Side of the Wind”, “Jasmine”) has secured the screen rights to two-time James Beard Award-winning author Todd Kliman’s first book, “The Wild Vine.” Eric M. Klein(“Chimera Strain”) will produce with Phelan, who also will write and direct. Stratton Leopold (“Mission: Impossible III”), James Su (“She’s Lost Control”), and Bill McMahon(“Jasmine”) will executive produce.
Lon Haber of Lon Haber & Co presented the film in Cannes for the first time.
The uniquely American true story is about a multi-millionaire, transgender winemaker on an obsessive quest to redeem the legacy of a brilliant antebellum doctor and restore a little-known American grape — which rocked the fine-wine world of the 19th century — to its former glory.
“From the moment I finished reading Todd’s book, it struck me as the most unique — and most uniquely American — underdog story I’d never heard of,” Phelan said.“That rare quality, combined with its outsider central character, made it impossible to resist.”

Said Kliman, “I’m so incredibly excited for this project, and to know that the book is in such capable hands. Dax really understands that this story of a humble grape is really a story of our time — a story of immigration, of transgenderism, of cultural authenticity, and above all of what it means to be an American.”
“It’s kind of astonishing to me,” Leopold added, “because at the same time this is a story that’s set in the past, its universal themes are so incredibly relevant to the present. I see a picture with a large market that also speaks loudly and clearly to the moment we’re in. I couldn’t be more excited.”
The project is expected to lens in Middleburg, Virginia and Hermann, Missouri, if the latter’s tax credit program, currently in legislation, is reinstated.
Kliman is an author, essayist, cultural critic, and food writer. He has won two James Beard Foundation Awards, including a 2016 MFK Fisher Distinguished Writing Award for his autobiography in seven meals, “Pork Life.” His writing has appeared in numerous publications, including “The New Yorker,” “Harper’s,” “The Oxford American,” “The Daily Beast,” and “Lucky Peach.” He recently completed a new book, “Happiness Is Otherwise,” and is at work on two others: a novel set during the last decade of American slavery, and a work of narrative nonfiction about the converso Jews.
Phelan recently served as co-producer on Orson Welles’s final film, “The Other Side of the Wind,” which had its world premiere at the 75th Venice Film Festival. The Netflix original film won the prestigious and rarely given William K. Everson Film History Award from the National Board of Review and the Film Heritage Award from the National Society of Film Critics.
Phelan recently adapted Neil White’s “New York Times” bestseller, “In the Sanctuary of Outcasts,” for Leopold and his award-winning feature directorial debut, “Jasmine,” which Leopold and Klein produced, was released by Lionsgate last summer.
Phelan is repped by Danny Passman at Gang, Tyre, Ramer, & Brown and Terence E. Groves at Maximfilms Australia. Leopold is repped by David Gersh at The Gersh Agency. Kliman is repped by Kimberly Witherspoon at Inkwell Management. 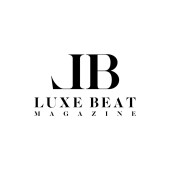